Night of Nights 2016 - MRHS (Maritime Radio Historical Society)
The Historic RCA Coast Station KPH, located north of San Francisco, returns to the air for commemorative broadcasts every year on July 12 at 5:01 pm PDT (13 July at 0001 GMT).
The broadcast commemorates the closing of commercial Morse operation in 1999.

Local is Lekker
Recently our local club, the Hibiscus Coast Amateur Radio Club, held another of its  'open shack' days and it was the turn of our 2-shack village to be the hosts.  Our 'shack' is minimalist and the OM is very proud of his 80m stealth loop which is pretending to be an abandoned telephone wire!  The 2nd shack demonstrated 'home-brew' projects and digital modes – more importantly, refreshments! We've enjoyed these opportunities to share ideas, view other rigs, antennas, power set-ups etc. and see how others have solved problems. An opportunity to mentor and, whether you've been a Ham for years or are just starting, there is always something to learn.- ZS5YH 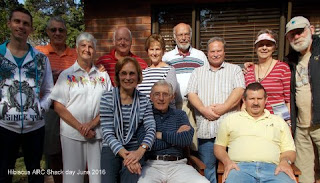 Our thanks to Web-mistress Val VE5AQ who posted last month's article on the SAWRC to YLRL, CLARA and BYLARA sites, be sure to visit them. On the subject of past YL's please share information about yourselves and others, its easier and more fun to capture their and your exploits before becoming Silent Key.

A reminder about the Women's Day YL Sprint held annually on 9th August in South Africa – its only a month away! Now I realize that its usually difficult wrestling the rig away from the OM but hopefully the family will be watching the Olympics and you can make some YL contacts. Its only an hour. Do not be deterred when you don't hear anyone – keep calling cq.

I mention this because during a recently held 40m sprint, I did not hear any local stations and without knowing it, some of us were operating on the same frequencies! Propagation has been odder than usual and several nets have been forced to move from 40m to 80m.

South African 'Hammies' (young Hams) celebrated 'Youth Day'  with a 'sprint' on June 12. The article below is about YL Carole Perry (WB2MGP) who has spent many years teaching and mentoring youth, its both topical and inspirational.

Yasme Excellence Award
“The Yasme Excellence Award is made in recognition of Carole’s many years of contributions to teaching and mentoring youth interested in Amateur Radio and her efforts in organizing and promoting the interests of young operators,”  announced The Yasme Foundation 05/26/2016

The award was presented to Carole Perry, WB2MGP,  at the Dayton Hamvention, 2016

Carole Perry, WB2MGP,  has captured the imagination of Staten Island, New York,  public school kids for almost thirty years. Her Secret Sauce to teaching almost 900 kids per year about ham radio - "enrichment class, not a license class.”
Her interest in  amateur radio began when she worked at an electronics company in the early 1970s. During her lunch break, she observed engineers as they talked on the device and she thought it looked like fun. First licensed as WB2MGP, in 1977,Carole Perry worked at Rapidcircuit Inc. for 16 years.  In 1980, when the company relocated she returned to Intermediate School 72 in Staten Island, NY where she worked until her retirement in 2004.
Many radio amateurs are also schoolteachers.  The premise of Carole Perry's course is to stimulate interest in other areas of the school's curricula; social studies and geography are enhanced through the use of amateur radio. What can compare to a student actually contacting a citizen of a foreign country that he has been studying about?  The children are always excited when they are able to contact places they've only read about Carole Perry said. The children were thrilled to hear a missionary Father Mike, describe where he lived in Sierra Leone, a country in Africa.  One child immediately located Sierra Leone on the globe and another pulled a piece of string from New York to Sierra Leone on a big classroom wall map. The human contact, she said, was incredible.  Father Mike described how lonely it could be in such desolate areas of the world.  He told them how amateur radio has helped to relieve this loneliness and how he is able to reach out to others for help and relay messages to his family back home.  This gave the children a terrific feel for the value of radio communications.

Carole Perry started with a pilot program in 1981,  teaching ten classes a term to approximately 350 students. She wrote the curriculum for "Introduction to Amateur Radio"  then taught it to 6th, 7th, and 8th graders for the next 30 years.

She encouraged the children to study the Morse code and radio theory at home with a parent or sibling.  Carole has received many letters from parents over the years, thanking her for providing a curriculum that the whole family can get involved with, both as an activity for studying together and as a hobby.

During a three-hour forum at a worldwide convention held in Dayton, Ohio (2011), Carole Perry was told someone wanted the microphone. She wanted to stick to her schedule and knew there wasn't much time for interference, but when Ms. Perry looked up, she realized the 400 people in attendance needed to hear what this person had to say. "It was (astronaut) Doug Wheelock," she said.  "He was in his full astronaut jumpsuit uniform. He told the kids about how he was so thrilled to speak to the ham community around the world."  Wheelock was one of 10 astronauts the retired teacher has spoken to in the past.

“The kids loved it when we made contacts with the International Space Station, to me, that was one of the most exciting things we were able to do."

Her students always loved working with technology and once contacted the Johnson Space Centre in Houston. "Somebody got on . . . for 40 minutes. He gave lessons on how to design a space suit,".

Her conversations via ham radio, have stretched across the Atlantic Ocean and into space.  "It opens up adventures to kids they wouldn't ordinarily have a chance to experience in the schools," said Ms. Perry. "It's a hobby and a service as well. When communications go down, it's a ham you want to be standing next to." 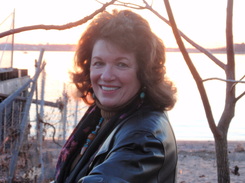 Global reach
In 2014 Perry spoke at the world’s second-largest amateur radio convention in Friedrichshafen, Germany. She and her German counterpart set up an exchange program where for one year, three young ham operators received technical magazines from each other's country.

Last year at the Dayton Ham Convention in, Ohio, USA, Perry conducted a session with young presenters, as she has for 28 years. She had eight young U.S. presenters in the session and a 16-year-old ham from India, Tom Jose.  Perry has been invited to go to India to visit schools and see how they are teaching amateur radio.

She would like to establish a global recruiting network for youth hams. “The ripple effect for the past 40 years or so that I’ve experienced with young people is amazing, along with their networking and communicating worldwide,” she said.

During a road trip late 2015,  before leaving Los Angeles, Ms Perry accepted an invitation from ham friend John Amodeo, NN6JA, producer of the TV show “Last Man Standing,” to visit the set. Star Tim Allen’s character, Mike Baxter, is a ham (as is Tim in real life); she found it was great fun to sit at the actual radio station at the studio Rocky Mountain High.