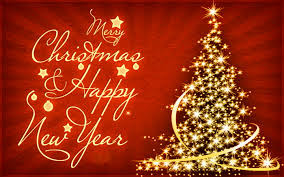 
Marking December 3 - The International Day of Persons with Disabilities - an explanation about Ham Radio Deluxe by a disabled operator seemed appropriate.


While our northern sisters are warming their toes and chestnuts on an open fire, we in the south will be wriggling our toes in warm seas and sand.  So while you relax during this holiday season, consider which YL meeting you would like to go to during 2017 - put it on your 'wish' list!


During September Topsy ZL2LS stood as my (ZS5YH) sponsor to New Zealand's WARO  (Women's Amateur Radio Organization) and wondered how she might send me their badge?


Fortunately Adele ZS5APT and her OM, who live only about 60 kms away from us,  were visiting New Zealand's South Island during October.  Although unfortunately too far away to meet-up in Nelson, Topsy then mailed the badge to Adele's next stop in Australia.


I received the WARO badge at our November club meeting. Thank you Adele for acting as courier and Topsy for your patience - it would never have reached me otherwise.


Seasons's Greetings To All - See you in the New Year. (Editor Heather ZS5YH/ZS6YE) 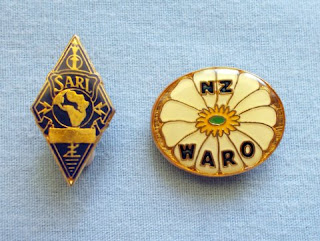 
Hope this finds you well, we are all okay here in Nelson after the huge earthquake we had on the 14th November a 7.8.  Further down south did not survive so well only one life was lost to date.


We have our main trunk road (state highway) one from Blenheim to Christchurch which has been totally demolished and will take several months if not years to repair and that includes our main railway line as well  A very nerve wrecking time it was. 33


and to the new 'restricted' operators:


Well done ladies, hope you will make many new friends and QSO's 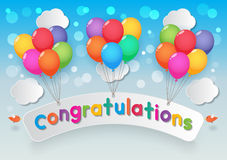 
For JOTA we ( Midlands amateur radio club, Pietermaritzburg) had a station at the first Howick Scout group hall. the station was registered under callsign of scout leaders Marthin/ZS5MJ, and his son Jesse/ZU5JDJ.  As operators we had Koos/zs5kdk, Willem/zr5zs and yours truly.  We worked on HF, 2 meters and echolink, we used our own callsigns with /jota and that worked well.   Echolink was great fun, admittedly it is not REAL really, but I’d arranged something with a few people in the Netherlands, and one with zs4ek/ve5ten in Saskatchewan.

That was a great success, no qrm, Hein.a south African who has not that long ago relocated to Canada and one who has got a great way with children. The things they asked him!


We will definitely have a station next year, for Koos and Willem it was their first time, for me it was quite a few years ago since being involved.   The others slept at the scout hall, I could not see the point in a sleeping bag on a concrete floor with 25 kids running around, with my own very comfortable bed not even 2 kms away - my old bones, too.     33 from a very wet Howick. Marjoke, ZS5V


During October 2016 we held a course in soldering.  Two YL's attended the course, myself ZR6D and our new YL and secretary  Irene Myburg ZS6IEA.  The course was very interesting.


During our AGM in September 2016 we asked the OM's to help the YL' s with antennas.  How to work out the length of the 20, 40 and 80 meters.  We are going to Kleinfontein on the 27th of November for our end of the year function during which the OM's will help us with the antennas.  I personally think that the OM's in our club are very keen to help the YL's providing that they are willing to learn.


From Mike of the Highway ARC who is encouraging YL's and Youth in Amateur Radio:-


It is with much pride that I can say our new 13 year old club members and YLs' (identical twins) are making good use of the repeater. They are now well known in the club, and get a response every time they call - which as stated is often. They are like a breath of fresh air. Their confidence levels behind that PTT are a fine example to all. One cannot but wonder how this confidence, has impacted on their everyday interaction with their school peers.


Since 1992, the United Nations International Day of Persons with Disabilities (IDPD) has been celebrated annually on 3 December around the world. The theme for this year's International Day is “Achieving 17 Goals for the Future We Want”. www.un.org/en/events/disabilitiesday/


The term tetraplegia refers to a condition that causes total or partial paralysis in all four limbs, including the whole of the body. Tetraplegia can be caused by injury or illness. Tetraplegic refers to an individual who suffers from tetraplegia. Quadriplegic is the American terminology for tetraplegic.


HAM RADIO FOR THE DISABLED


G0VQY  PENN WOODING is a tetraplegic. Disabled since the age of 16, he was licensed in 1995 and lives in Devon, England.

I've got my own vehicle and I use an electric wheelchair which means if I want to go out, I can at any time. Amateur Radio is the perfect hobby for any outgoing person that has to stay inside a lot.

The beauty with talking to someone over the airwaves is they can't see you, they don't know anything about you, if you wish you don't have to tell them you're disabled. Some people find it hard to relate to disabled people.

I met my friends on the radio over the years, most of them didn't know anything about my disability when I started talking to them. By the time we met personally we were already good friends and in most cases they really didn't notice the wheelchair.

Facebook and texting may be most people's choice of communication for keeping in touch, but you really never know who is going to return your call, and that is the excitement of amateur radio.


Amateur radio transceivers are very complex pieces of equipment nowadays. Most of them have knobs and buttons that you need to press and turn. If you choose the right radio you may be able to turn knobs and press buttons even if you haven't got much movement. However, I have not as yet owned an amateur radio transceiver that I find  easy-to-use.  But with the help of a computer and some very clever software, you can control most of your radio independently using your mouse and computer.


I'd be the first person to say that being disabled really sucks. Having said that, I am so glad that I am not a disabled person living in the 60s, 70s, or 80s. I don't know how I would cope without the technology that we have nowadays.


Ham Radio Deluxe, or HRD as it's often referred to, what exactly is it? Well, to put it in the most basic term, HRD is a completely free piece of software that you download and install onto your computer. All you do then is connect your radio and if you use one, your antenna rotator to your computer and then you have the facility to control your radio/rotator using your computer.

There is quite a lot more to it and it's very clever as it will automatically turn your antenna using the correct beam headings for the person you are talking to. As long as you are using a radio/rotator that is compatible with the software, you will be able to control them with just the click of a mouse button.

Buttons on the transceiver appear as buttons on the screen, you just click on them. On the other hand, knobs that require you to turn them on your transceiver appear as slider controls. There are a  couple of main slider controls that enable you to tune through the frequency. I use a Kensington Trackball Optical Mouse on the computer that is connected to my transceiver. If you are familiar with this trackball then you will know the facilities it has. You can program one of the buttons to act as a drag function.  It's easy for a disabled ham radio operator to control a very complicated amateur radio transceiver with just a trackball mouse.


December is YOTA Month - From 1 to 31 December 2016, the annual Youngsters on the Air (YOTA) takes place and YOTA stations will attempt to make many contacts worldwide with each other.

Holyland Christianity on the Air – HCOTA


The Israel Amateur Radio Club (IARC) presents its new Holyland Christianity On The Air (HCOTA) award programme. Objectives are amateur radio operations from a number of locations with strong ties to Christianity. The activity starts during this year's Christmas period with 4 special event stations - 4X2XMAS, 4X3XMAS, 4X7XMAS and 4X9XMAS).


The Sea of Galilee, also Kinneret, Lake of Gennesaret, or Lake Tiberias, is a large freshwater lake in Israel,  about 21 km (13 mi) long, and 13 km (8.1 mi) wide. . At levels between 215 metres (705 ft) and 209 metres (686 ft) below sea level, it is the lowest freshwater lake on Earth and the second-lowest lake in the world (after the Dead Sea, a saltwater lake). The lake is fed partly by under-ground springs although its main source is the Jordan River which flows through it from north to south.


Yardenit is the unique and registered site of baptism for Christian pilgrims, at the place where the Jordan River flows out of the southern end of the Sea of Galilee and into the Dead Sea.

4X3XMAS  HOCOTA  Christmas 2016  - N05KT Church of Beatiudes, near Korazim. Overlooking the northwestern shore of the Sea of Galilee, the Church of the Beatitudes is a Roman Catholic church. The site offers vistas of the northern part of the lake, across to the cliffs of the Golan Heights.


Kursi takes its name from the Talmudic site;  meaning “chair” in Semitic languages.

The site is now an Israeli national park located near the eastern shore of the Sea of Galilee on the bank of a river bed, Nahal Samakh, descending from the Golan Heights. Kursi is the site of the largest known Byzantine monastery complex in Israel, whose  remains have been partly reconstructed


Tabcha (Tabgha, Ein Sheva, seven springs) is a place in the north-west section of the Sea of Galilee which is blessed by seven springs, on the side of the ancient road from Tiberias to Damascus.

The area was one of the best places in the Sea of Galilee for fishing. Some of the seven springs  are warm sulfuric springs, such as Ein-Nur and Ein-Ayub (Job's spring). This caused the fish to gather here, especially  in the cold winter months, and so were an easy catch for the fishermen.


Beit Guvrin a World Heritage Site and National Park in central Israel, will be activated for the first time from 07:00 UTC Friday 23 December and Saturday 24 December, until noon.


“Kempenzonen on the Air ( KOTA) a Christmas Activation  (ONFF)


26 december 2016 “Kempenzonen on the Air” is a group of WWFF friends from the Kempen area (Campine) in Flanders Belgium. Part of the Campine is protected as the Hoge Kempen Nationaal Park