-=-=-=-=-=-=-=-=-=-=-=-=-=-=-=-=
The Buckeye Burr July/Aug 2017
Ladies of the Net KM6CIR to Activate RMS Queen Mary Ship Station W6RO July 8 2017
The Ladies of the Net group continues to increase. We now have many ladies in the Southern California region. The event planned for July 8th will be aboard the Queen Mary W6RO in their beautiful radio room. Our group has exclusive use of the transmitters & will roll a special event aboard the vessel. Any ladies
interested in participating may contact Tina KK6KSY for further details see QRZ page http://www.qrz.com/db/kk6ksy
Many of us will stay at the hotel aboard the ship. Please plan to attend & meet our friendly group.
Facebook Group: https://www.facebook.com/groups/461331304050134/
Web Page: http://www.qrz.com/db/km6cir
The Buckeye Burr. Susie Scott N8CGM, (Ye Ed)  Cincinnati OH     n8cgm@arrl.net
Local-is-Lekker
SOUTH AFRICAN RADIO LEAGUE NEWS FOR SUNDAY 4 JUNE 2017
News team welcomes Irene Myburgh, ZS6IEA . Irene will be the voice behind the Sunday Afrikaans bulletin.
Ja-No-Well-Fine
By the time you read this you might well be on your way to Canada to celebrate CLARA's 50th Birthday -  .
Happy Birthday CLARA you are wished many more years on-air.  Please share your thoughts with the rest of us and take pictures (remember to tag pics).
If you are not at the Hamfes at Friedrichshafen and staying at home, we can travel the air-waves, especially for the Islands on the air event.  Or we can follow Mami (JP3AYQ) who loves dxpeditions.
Hope the Norwegian Special Event  below will remind you of  SYLARA's  (Scandanavian Young Ladies Amateur Radio Assoc.)  meeting in Sweden.
33, 88  Editor Eda ZS5YH

Majuro Island (OC-029) of Marshall Islands V7. 2015
JP3AYQ #257@Team7043 Mayumi Sanada
Buon Giorno! I am Mami, JP3AYQ/V73YL. I like IOTA chasing and also IOTA activations from islands. In September 2015, I operated from Majuro Island (OC-029) of Marshall Islands V7.
That time, it was a combined trip with scuba diving activities as another hobby of me.
Majuro is close to Japan, but transportation is not so good to get to Majuro Island. It takes 2 days from JA to get there via Guam Island (KH2). So it was a faraway island. After a long flight, I arrived at the Majuro Atoll surrounded by the blue sea.
Since propagation was still good in the peak of cycle 24, I was able to make QSOs with a lot of people and my hand made antennas were doing a good job. There is no rental shack in Majuro, so we brought all the rigs, PA and antennas, so the team’s total baggage weight was over 120 kg. The manager of the hotel was a very nice person. He said to us, “you may place antennas wherever you want and ask us anytime if you need help”. It was a very pleasant trip. I also dived into the sea. I saw the beautiful blue and wonderful transparent sea. Although it is a bit far destination, the sea is beautiful, people are very warm and kind, and radio operation is also possible at the resort hotel. I would like to visit there Majuro again.
V73YL Mami Sanada（JP3AYQ）
QTC U.R.I. - Unione Radioamatori Italiani Anno 2° - N. 7 - Maggio 2017 Pag. 90- 91 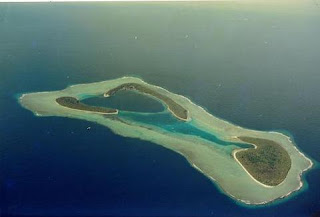 V6J -  Mokil Island, Micronesia
IOTA expedition OC-226   (July, 2017)
QSL: VIA JP3AYQ    Email: jp3ayq@jarl.com
Mode： CW, SSB, RTTY, PSK and JT65   IOTA pedition,  please make only one QSO in one band
Timezone in Mokil Atoll is Pacific/Kosrae  UTC +11 (year round; does not observe DST)
Almost all of the members belong to Nara DX Association in Japan. YL - Mami (V63YL/ JP3AYQ)
and V63GJ (Tosy, JA3FGJ), V63GF (Hid, JA3KGF), V63SS (Sanny, JJ3CIG); coordinator Kenny who lives in Pohnpei. We will use our individual V6 call sign in Pohnpei island. (IOTA OC-010)
We will try to upload our LOG to the Clublog in Pohnpei and Guam, but the internet connection in Pohnpei and Guam is not so good. We do not have internet and phone access in Mokil island.(OC-226)
QRZ.com page V6J  info in English French, Spanish
Background to Dxpedition
2017 Travel route: Japan > Pohnpei >  Mokil Island > via Pohnpei and Guam > Japan
June 26: ship delayed leaving for Mokil island scheduled to arrive June 29th.
June 28: ship delayed again, loading-unloading problem at the small Pohpei port.
June 29: ship delayed again, arrive at Mokil island July 2nd, if ship sailes July 1st.
July 3, 2017  Joe Aoki, JJ3PRT  pilot for V6J  reports:
V6J started the operation on 20m CW around 03GMT on July 1st  and made 1200 QSOs as of 03GMT July 3rd. 70% of the QSO are with Japan. V6J will continue the operation until 20 GMT July 6th.  The members are supposed to leave for Phonpei July 7th.
We are going to use two generators for electric power. V6J stops operation around 14 GMT every day due to the fuel shortage problem. The V6J members purchased 200 litter of gasoline at Phonpei and it is stored at the of the Mokil city warehouse. This is severely controlled by municipal staff and locked.  The warehouse is completely closed before sunset. V6J members go to the warehouse to get the gasoline (small 18 lt bottle) just before sunset. However, it gives them only six hours operation at night. As a result, six hours later, they encounter the out of gas problem.  Although the members are trying to cope with this problem, I suggested to Mami that she not work many JAs in the evening in order to save the gas.
ABOUT  MOKIL  ISLAND
Mwoakilloa or Mokil (aka Wellington Island, Duperrey Island, Kalap, Mogal, Mokiiru-to, Mokiiru-tō, Mokil Islands, Mukil, Mwekil) Coordinates: 6°40′N 159°46′E    [Latitude. 6.6706°, Longitude. 159.7833° ]
is an inhabited atoll in the central Pacific Ocean. Geographically, it belongs to the Caroline Islands and is a district of the outlying islands of Pohnpei of the Federated States of Micronesia.(FSM)
The almost-rectangular atoll of Mwoakilloa (Mokil) is 4.5 kms /2.8 ml long and 2.8 kms/ 1.7 ml broad. The atoll consists of the three islands Uhrek, Kahlap (Capitol), and Mwandohn, forming a central lagoon of approximately 2 square kilometres in area. Only the northeast island Kahlap is inhabited, with the town facing the lagoon. Total area of all 3 islands is approximately 1.24 sq kms/ 0.8 sq ml
Mokil Atoll lies roughly 95 NM (153 km) east of Pohnpei Island and 84 NM (113 km) northwest of Pingelap Atoll.

Pohnpei, lying at 6°57′ N, 158°14′ E, is an exposed tip of a submerged volcanic mountain. A protective barrier reef surrounds Pohnpei and creates a lagoon of varying width that covers an area of roughly 207 square kilometers. A total of forty small islands of volcanic and coral origin rest on or within the reef.  A 300-foot ship, operated out of Pohnpei, travels southwest on an 11-day, 900-mile round-trip voyage to some of the most remote islands in the world
On the outer reef of eastern Pohnpei lie the ancient ruins of Nan Madol, majestic in its scale and mysterious in its origins. The canal streets and waterways linking the 93 man-made islands are often compared to Venice, but the physical accomplishment of transporting and assembling the tons of basalt pillars is best compared to the Egyptian pyramids

=-=-=-=-=-=-
Editor: Although originally selected because of  YL participation before cancellation, I thought that Sazan island sounded interesting enough to be shared and perhaps someone will activate the lighthouse during August for ILLW (International Lighthouse Weekend)?

Adriatic Sea -Bay of Vlorë; Albania - Sazan island & Lighthouse,  dxpedition June 2017 (canc)
ZA/IK7JWX Sazan Island  Posted 12 June 2017 “The dxpedition to Sazan island (IOTA EU-169) is cancelled for family problems of the mother of my Albanian wife.”    73s, Alfredo IK7JWX
Originally:  YL   Titti IK8GQY & friends  had hoped to make this their 3rd dx-pedition to this island
Bay of Vlorë; Adriatic Sea    Coordinates    40°30′N - 19°17′E
In 2010, the island's surrounding sea waters, and those of adjacent Karaburun Peninsula were proclaimed a National Marine Park by the Albanian government. Located at the informal junction line of the Adriatic and Ionian Sea, The island has a length of 4.8 km (3.0 mi) and a width of 2.7 km (1.7 mi), the island was once a fortified, isolated military base and has never had any civilian population.
Albania’s Defence ministry is officially opening up the subtropical island to tourists during the warmer months, from May until October.    http://www.news.com.au/travel
Sazan island Lighthouse,  Albania Coordinates    40°30′14.3″N 19°15′59.8″E
Built 1871,  first lit  1920 is a cylindrical tower 11.9 mt high, attached to a 2-storey keeper's house
Admiralty number    E3723    NGA number    14328    ARLHS number    ALB-004

Islands On The Air (IOTA)
Started in 1964, this annual contest has run for more than 50 years and takes place over the last weekend of July.
The aim is to promote contacts between stations in IOTA island groups and the rest of the world;
to encourage expeditions to IOTA islands and  the greater use of the amateur bands.
Many of the islands counting for IOTA also qualify as islands for the DXCC program .