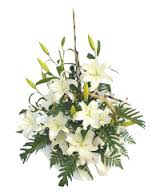 Silent Key Mary Harding, ZS6AKR
It is with deep regret that we announce that the key of Mary Harding, ZS6AKR went silent on Monday 7 January. 2019  Mary was a member of the Ekurhuleni  Amateur Radio Society (EARS) on the East Rand and an Honorary Life Member of Kempton Park Amateur Radio Society (KARTS) We extend our sincere condolences to her family and friends. (SARL News 13/Jan 2019)
At the Kempton Park Amateur Radio Technical Society  AGM  8 April 2017, Mary ZS6AKR – was awarded 'News reader of the year' and Mary ZS6AKR and OM John ZS6JRH received Honorary Life Memberships for the support and commitment shown to the club.
Mary was a great supporter of all YL events.  She leaves a big hole in our radio community.

Silent Key  VU2BL  Ms.M.Bhanumathy
It is very sad to inform that Ms.M.Bhanumathy VU2BL of  Secunderabad, India, breathed her last on 15.01.2019. She has been a constant source of inspiration and support for everyone at NIAR (National Institute of Amateur Radio) for over 4 decades. She has dedicated her services for promotion of Amateur Radio after her retirement from HAL, Hyderabad. She has been the Governing Council member since its early days.
Ms. Bhanumathy VU2BL, volunteered for emergency communications, dxpeditions, events, training programs or any event with her full support. She was very active on radio during contests and regularly inspiring budding hams to make their first radio contact.
We are truly saddened to her the loss. We hope the family to gain the strength to bear the loss and wish the departed soul rest in peace.    VU2MYH. Suri Ram Mohan.

ALARA Newsletter  JANUARY 2019 Issue No. 168 (Australian Ladies)
We were saddened to hear of the passing of Raija Ulin SM0HNV from Stockholm, Sweden. Raija made many trips ‘down under’ to attend ALARA Meets and I know she will be sadly missed by many. Our thoughts and sympathies go out to her family and friends.
SK Raija Ulwin SM0HNV
Raija joined ALARA in 1989 and was sponsored by Bev VK6DE. Many members who attended ALARAMeets from 1996 onwards would have met Raija, as she attended the ALARAMeets in Perth in 1996, (which Bev organised), Brisbane in 1999, Murray Bridge in 2002 and Mildura in 2005.
She was one of the founding members of SYLRA, the Scandinavian Young Ladies Radio Association. SYLRA (pronounced Silra) was formed by YLs from all the Scandinavian countries because they felt that there were too few ladies to form separate groups in their own country.
We believe that she may also have been instrumental in starting the YL International Meets, which saw YLs travel to places in many parts of the world for the Meets. In 2011 one was held in Glenelg, South Australia, and following it, many of the participants travelled on the Ghan  train to Alice Springs and Darwin.
Raija, was a quiet person who hated having her photo taken, but had a great sense of humour when you got to know her. She was also very hospitable, as many YLs found when they went to visit her in Sweden.
Marilyn VK5DMS remembers….“Many memories of Raija at several meets and meeting her in Stockholm in 2007 and being taken by train to her apartment for a meal - a wonderful evening.”
Our President, Shirley VK5YL, shares this memory…“Fond memories of a wonderful lady. I met Raija at the Mildura Meet and remember well the 'hurry up' when the storm was arriving along the river. I motioned to Raija for her to go first and she fair ran up those stairs. She told me afterwards
that she did lots of walking/running, etc in Sweden and the stairs were so easy for her. We then shared some bubbly at the winery”.
Farewell Raija SM0HNK (Thanks Jenny VK3WQ for putting this article together)
January 7 , 2019 - YLRL is sad to hear of the passing of Betty Jo Byrd, KB5CSQ of Gulfport, MS. Betty Jo was a past District 5 Chair and had been a member of YLRL for the past 12 years. Her granddaughter Hailey Byrd is a current member of YLRL. Our sincere condolence to the Byrd family.
Betty Jo Byrd (1954-2018) age 64, passed away on Thursday, December 6, 2018.
etty Jo Byrd, is president of SMYL and has been licensed since the 1980s.
Southern Mississippi YL Amateur Radio Club formed in 2008

AMRS Frauenreferat – YL's (Austrian Military Radio Society)
On Sunday, 10. February 2019
At 16:30 pm lt.we meet on the 80 m band
On the qrg 3,740 Mhz +/- qrm.
I will take over the control center with the callsign oe3xrc.
ALL YL's sincerely invited to join, I would be very happy for your numerous participation!
After the round, all listeners and om's are loaded to the bestätigungsverkehr that Julia oe3yjm will operate..     Vy 73 of Marion, OE3YSC  (AMR YL) 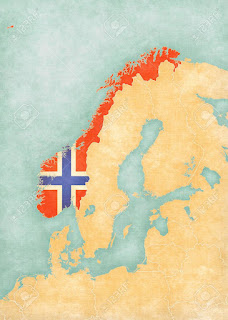 SYLRA  (Scandinavian Young Ladies Radio Amateurs)      https://www.sylra.is/
SYLRA meeting, September 5 - 8, 2019; Oslo Norway  All Yls are welcome to attend.
Here is information about the SYLRA meeting, September 5th until September 8th, 2019;
The meeting is going to take place in the vicinity of Oslo.
Some preliminary  information about the agenda;
September 5th: Members arrive / Registration
September 6th: Full day out in the field with radio activities, YL meeting.
We will arrange light lunch, coffee breaks and dinner.
The transport will be at our hotel after breakfast.
September 7th: Half day sightseeing tour.
Rest of the day for each one of you to do what you like.
In the evening there will be a Gala dinner.
September 8th: Farewell breakfast.
Unni and I (Ingrid) will negotiate good accommodation prices for you at the location of the SYLRA meeting. We will put all Information on the SYLRA web page as soon as we get them. We should have them within end of January. We will inform you when the information is available on the web page and the registration is open. The registration form will be available on the web page.
We apologise for any inconvenience these changes will cause you. Unni and I just wanted to give you all a new experience with the Hurtigruten tour. We hope to see as many of you as possible at the SYLRA meeting and hopefully more of you also on the optional tour.
Please, send all your requests about this meeting to lullen55@gmail.com  .
Best regards from   Ingrid LA8FOA and Unni LA6RHA

Hamvention YL Forum
Hamvention® 2019 ARRLXenia, Ohio (USA), May 17-19, 2019
The theme for the 2019 Hamvention is “Mentoring the Next Generation” of Amateur Radio operators.  Given that focus, we are looking for topics that
1.       Thank those Hams that are mentors.
2.       Encourage existing Hams to become mentors.
3.       Provide ‘how to’s” of mentoring ,
so current operators will become interested in taking up the challenge.

Anne WB1ARU looking for YLs who would be interested in sharing how they have mentored other YLs. Perhaps through Girls Scouts, schools, club activities, on-air, blogs, Echolink, ...
If this is something that you would like to participate in, please contact Anne, WB1ARU at wb1aru@gmail.com  or through this group YL-Ops.

YL Meetup (USA)  May 17/18/19, 2019
YLRL District 5 meet up. We will set up radios and call CQ using the YLRL call sign K4LMB/5, in honour of the 80th anniversary of the club.
Meet at Susan Heim Moody's (K5YNC): 857 Childress Rd Saint Jo, Texas 76265. Susan has 60 acres. Plenty of room for tents and RV's. If you are not the outdoor type, Saint Jo and Nocona have hotels. Susan runs a restaurant on the property called Ancient ovens. We can eat at her place or get something from town.
Same weekend as Hamvention, (above) so YLs will try and make contact with K4LMB/5 Meetup  from there.
From ‎Michelle Carey‎ W5MQC to YLRL-District 5 , · 21 jan 2019
******************
South American Lighthouses on the Air Weekend
"FIN DE SEMANA DE LOS FAROS AMERICANOS"
August is mid-winter in the Southern hemisphere and in the southern-most  regions of South America, harsh weather conditions, including gales and snow storms, sometimes make roads  impassable and expedition destinations  impossible to reach, especially if off-shore. The idea of activating a Southern Summer Lighthouse Weekend in February emerged.
LU3DXG  Radio Club Grupo DX Bahía Blanca (Argentina) organized the 1st South American Lighthouse Weekend  in February 2009. The response was spectacular. In 2009,  52 Lighthouses from 6 countries, were 'on-air'.  During the 10th annual event in 2018, there were 73 activations  from 11 countries.

2018 - The 10th edition of the "American Lighthouse Weekend"
February 18 , 2018  Carlos Almirón  said:
For the first time, Brazil carried out the greatest number of activations. Much had to do with the friend Orlando Perez Filho PT2OP,  the only PY representative active in the ten events, who with his example  motivated his Brazilian colleagues, who took the  opportunity to put 28 lighthouses on the air.
It is important to recognize the great physical and economic effort of the expeditionaries, since their generosity made this encounter possible. But it would be worthless if the other side had not been the "hunters" with the equipment  switched on. The key to success was the combination of the activators on the one hand and lovers of the lighthouses on the other, since both parties are essential.
The team of the Radio Club Grupo DX Bahía Blanca expressed their appreciation, expressing the hope that in 2019 we will all be together again.
Carlos A. Almiron LU7DSY, Chief coordinator  "American Lighthouses Weekend"  lu7dsy@yahoo.com.ar 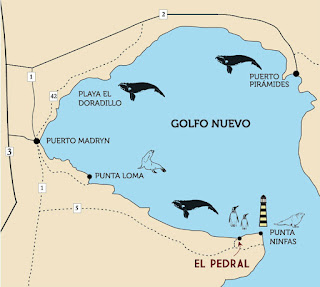 South Americas Lighthouse weekend "Fin de Semana de los Faros Americanos"
11th Annual Activation -  15-17 Feb , 2019
(YL) Laura Fanelli LU1WL, as has happened in the previous 10 editions, will be present again, this time from the FARO PUNTA NINFAS  ARG-055, located at the southern end of the Nuevo Gulf in the province of Chubut, in the Argentine Patagonia . 'Gridsquare' FE77ua 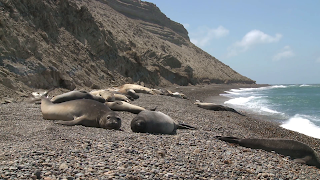 LIGHTHOUSE / FARO PUNTA NINFAS
British Admiralty    G1074    NGA    110-19668    ARLHS    ARG055
Lighthouse Coordinates    -42.96889, -64.31472    / 42° 58' 08" S, 064° 18' 53" W
Punta Ninfas (Spanish, "Nymphs Point") in Chubut Province, Patagonia, Argentina. Part of a promontory into the Atlantic Ocean, which encloses one side of the Golfo Nuevo, with Península Valdés opposite, almost enclosing the circular gulf.
The Point is about 90 km southwest of Puerto Madryn, Patagonia, and about 1300 kms from Buenos Aires.
The southern end of Nuevo Gulf and the Punta Ninfas Lighthouse, are important landmarks for ships entering the gulf.   It offers one of the most stunning panoramic views of the area, from which you can observe the sea meeting the land, the tides come and go; and watch for the first whales who arrive at the gulf every year, during the cold days of May.
Punta Ninfas is a gravel beach, which extends over 9 km along the sea shore. It is a strange geographic formation, unique to the  Patagonian coast, 900 metres wide and 8 metres deep. This is the beginning of the Golfo Nuevo (New Gulf).
The  lighthouse is situated at the Point, which is made up of high, bare cliffs. At the end of the road leading to the Punta Ninfas’ lighthouse, is a pathway down to the beach.  Relentless strong wind makes scrambling along the cliffs and beaches difficult.
The beaches at the foot of the cliffs, which go from the 'el pedra'  until Punta Ninfas, are home to a colony of elephant seals, best viewed September to March; and the Magellanic penguin colony (Sep- April).


CONTACT  US:    yl.beam newsletters :  Editor Eda    zs6ye.yl@gmail.com
Anette Jacobs ZR6D  jhjacobsza@gmail.com  SARL news contributor & reader
Follow us on  Facebook at  ‘HAM YL'
Earlier newsletters can be found on the website of WEST RAND ARC
wrarc-anode.blogspot.com     &   https://wrarc-anode.blogspot.co.za/
and at:  Italian Radio Amateurs Union: QTC U.R.I.
If you do not no wish to receive our emails, please let us know and we will remove you from the mailing list.

Calendar changes - The SARL  YL Sprint
The Committee of SARL has made some Calendar changes.
Each year on 8 March, the International Women’s Day is celebrated.
From 2019, the first leg of the SARL YL Sprint will be run on Saturday 9 March.
The second leg of the YL Sprint will be run on 9 August during the South African National Women’s Day public holiday  Jan 2019  RadioZS (p24)
This will give the South African yls another opportunity to get-on-the-air!