But Wait, There is more!

As promised last night, I am uploading the later pictures of the club's PC.


Having discovered that the heat sink fan assembly had a broken clip. I started to look around for a replacement. Of course the mounting holes on this "veteran" PC are different from the newer or latest fans. Luckily I had a broken motherboard lying in the garage. I proceeded to un-clip the identical assembly from the motherboard. I am glad I did, it taught me a lesson. The plastic pins that go through the pcb have small white plugs that need to be unplugged before you can remove the housing.

So I now had to disassemble and disconnect the motherboard from the chassis. Before forgetting where all the wires are plugged in, I took a picture. 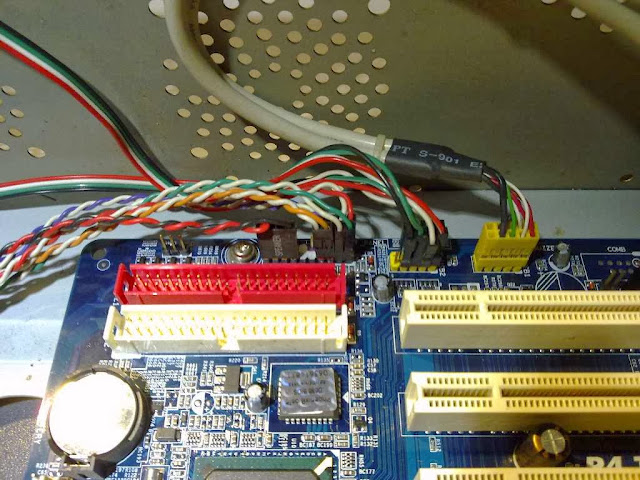 My memory is not what it used to be. The phone's camera has proved invaluable for close up records of all sorts of things. Now I unplugged all the wires and unscrewed the mounting screws...

On the bottom of the motherboard: 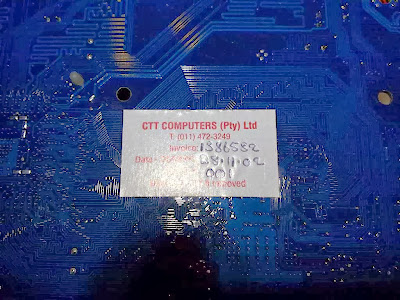 It also confirmed the date of the PC's making. As I later discovered that the version of Windows XP was in fact the original. It was never updated because the installer had turned off the automatic updates. Windows XP was not even service pack 1 !

I then started to clean the cpu and the heatsink. 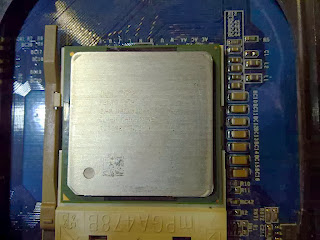 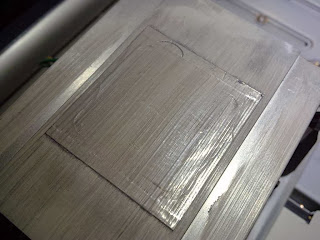 Hey wait a minute! What is that on the heat sink? After I had removed the large amount of thermal paste, I found the other thermal pad... 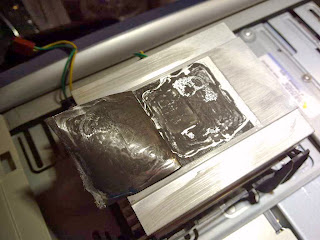 So I cleaned that off the aluminium heat sink as well. Re-applied some new thermal paste to both cpu and heatsink. Putting to good use an old credit card to smooth the paste onto the cpu and the heatsink and into a thin layer. The paste is only there to smooth out the rough surfaces of the cpu and heatsink. Also to present as little as possible 'thermal resistance'. So the heat generated in the cpu can be radiated away as efficiently as possible.

I put the PC back together and plugged in all the wires. Checked carefully that the plugs were all in/on the right pins/sockets. Then switched on. First I got into the BIOS setup. Only to discover - yes the battery was 0.5 Volt - flat. It should be 3 Volts. Replaced the battery. Switched on again. now the cpu temperature reached 42C and settled at that after about 5 minutes.

Then I booted the PC to Windows XP Professional. Only to find out that it was the first ever version of XP. Service Pack 3 will not install on anything less that service pack 1. The following six hours are a blur now... Now you know why I call it "Windwoes". At about 19:30 I switched it off and put it into the boot to take to the club.

Posted by The West Rand Amateur Radio Club at 14:22