ZS6APT Pam Momberg has been chosen to show-case local YL's for International Womens Day celebrated during March. An active YL, often heard on the air. (By a happy coincidence it is also her birthday this month!)

SARL (South African Radio League) has been busy initiating a “Hall of Fame” and Iris Hayes ZS2AA (SK) has been nominated. (We paid tribute to her in YL News #20, May/June 2014)

Only SARL members may vote. If not a member, persuade anyone you know who is, to vote for the 1st South African YL. More info on S.A.R.L. Web-page http://www.sarl.org.za

The voting system can be accessed through the nominations page on the SARL Web site. A link is provided on the home page under "Activities". SARL members can vote for up to five nominees.

Please vote as soon as possible. Voting will close at the end of March

​An Overview on the Amateur Life of Pam Momberg ZS6APT 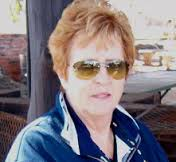 1975 – I wrote and passed the RAE awarded call sign ZR6KN. Six weeks later, wrote the CW 12 w.p.m. test and obtained call sign ZS6APT. Worked on CW for first year of operation, as required by the regulations at that time.

1978 – Became Hon. Secretary for the South African Women’s Radio Club, and editor of the YL Beam. I held this post for a number of years. I was awarded the Irvine CW Trophy during this time. What wonderful memories of our ladie’s get togethers, drinking morning tea, and discussing club events, and generally seeing that the club was running as it should.

1979 – Went on a DXpedition to Venda, to celebrate their independence. Camped out in the bush for four days with no facilities at all. No running water, no electricity and no ablution block! We used the call sign T4A and made plenty of contacts during the weekend.

1984 – Awarded the Jack Twine Award. The postmaster general of Pretoria made the presentation.

During 2006 I became involved in producing our CQ Centurion magazine, and in 2007 became editor, with numerous co-editors during the years. At the moment my OM Jimmy ZS6APS is the co-editor. I am still responsible for this magazine today.

I have always been a keen contester and won numerous awards and certificates. In 1981 I won the Silent Keys Memorial Trophy, and have a certificate for attaining 1st place in the SARL HF Phone contest. I also have a certificate for second place in 1982. I have other certificates for those early years, but cannot lay my hands on them at the moment. A lot of information has been lost as the years go by. I work SSB and CW.

I have been told that I am the first YL in South Africa to receive the WAZS500, and also the WAZS600.

An interesting fact is that the very first WAZS certificate was awarded to a YL. Gwen Smith ZS1NQ – certificate no 1 – awarded 24/2/1959.

I have attended numerous SARL AGMs through the years. Cape Town, Port Elizabeth, Bloemfontein, Pretoria, Pietermaritzburg, Durban, Johannesburg, Kempton Park, Vereeniging, Stellenbosch, Alberton, Botha’s Hill are the ones I can remember. I was one of the representatives for the club/branch for many years.

I was involved in presenting CW Classes, and together with Jimmy ZS6APS, we made CW tapes, (no CDs or DVDs in those days) which were duplicated and distributed to numerous hams wanting to pass the CW proficiency test. These tapes are still in circulation today. Jimmy and I still present CW classes when called upon.

I have been the SARL Liaison Officer for the Centurion Radio Amateur club since 2005.

I have been involved in emergency communications for Hamnet, and can remember on one occasion being called out at 02:00 (am) to help with the evacuation of houses which were being flooded along the Hennops River. The occupants were sleeping upstairs and had no idea that their premises were being flooded downstairs. I also assisted with the communications during the evacuation of the caravan park at the Ses Myl Spruit. This was during the early years of my amateur life.

At the time of my marriage in 1971 to Jimmy ZS6APS who had obtained his operating license in 1955, I knew absolutely nothing about Ham Radio, but found myself very interested in what he was doing. I used to spend hours listening to Jimmy operating and watching him building his home brew equipment. (Yes in those days that is what they did!)

Then one day in 1975 Jimmy persuaded me to attend classes given by OM Henry Schoeman ZS6AHS. In December of that year I wrote the required RAE to obtain my B Class license (ZR call sign, restricted licence). No HF operation was permitted by a ZR in those days.

My OM Jimmy ZS6APS started giving me CW classes, and within 6 weeks I wrote and passed the required CW test 12 w.p.m. at the Post Office in Pretoria. I obtained the A class license, which enabled me to operate on all bands, on CW only for one year. Thereafter the world was open to me and needless to say, I was hooked! 33 de Pam ZS6APT

Amateur radio operators — alternatively referred to as “ham” radio operators, work and play on prescribed portions of the radio spectrum. There, they talk with one another, communicate in Morse code, experiment by meshing radio with computers and other forms of modern-day technology, and provide communications at the site of disasters and emergencies when phones, cell towers and other means of getting information from here to there and back again have gone on the fritz.

Sean Kutzko, spokesman for the American Radio Relay League, says ham radio’s all-time-high popularity seems a bit counter-intuitive? After all, the cheapest smart-phone today can offer worldwide communications capability to the most tech-averse consumer, while the Internet routinely flings email across the globe in seconds. Actually, Kutzko says, today’s ever-expanding roster of technological innovations has served only to create a broader range of ham-friendly activities. A number of people are doing hybrid work combining the technologies with amateur radio. Ham radio has moved into almost every field of electronics.

Another possible, and more practical, reason for ham radio’s 21st century resurgence, could be that entry-level applicants no longer have to learn Morse code to get a license. It doesn’t hurt that the cost of entry-level amateur equipment has dropped significantly through the decades.

Newcomers are intrigued when they see the service that hams routinely offer communities, not just by providing emergency communications but by handling communications for charitable fundraisers, marathons, races and other events. Ham radio operators are a valuable resource which doesn’t cost taxpayers ; it’s called ‘amateur’ radio because we’re not allowed to accept compensation for our services.

One amateur pursued the hobby around the world while serving with the Air Force.

What hasn’t changed is amateur radio’s predominantly male tilt. Kutzko estimates just 8 to 10 percent of amateurs are women. Bigley, SOAR’s (Sisters Of Amateur Radio) co-founder and president, says the group has 25 to 30 members locally and 60 to 70 more nationally and internationally.

This is 2 days after the daylight savings time change.


QUOTE: No one else sees the world the way you do, so no one else can tell the stories that you have to tell. Charles de Lint (Source: SAARP Jan 2016 Newsletter)

The views expressed do not necessarily reflect those of the YL Group, or the editor.