Local-is-Lekker
Awards   Charmaine Schutte, ZS5CVH – in 25th position, with 20 points was  awarded 'The SAWRC Trophy'  in the combined results of the SARL HF Phone, Digital and CW contests 2018

VK 100 MARCONI
From Dot Bishop (VK2DB)  14 Sep  2018:
In Sydney we are celebrating the first direct radio message from England to Australia on 22nd September, 2018 .
We call it 'Wales to Wahroonga'.
We will activate a special callsign on that day VK 100 MARCONI  and will have it for one month.
I am hoping to set up a small ALARA table in the display room.
33 Dot VK2DB   ALARA VK1/2 Representative

FIRST WIRELESS  MESSAGE CENTENARY CELEBRATIONS
“WALES TO WAHROONGA”   22nd September 2018
In the Northern Welsh town of Waunfawr on a cool and overcast night, the Australian Prime Minister William Morris Hughes outlined a message for Senatore Guglielmo Marconi to send to Australia by wireless. It was Sunday 22nd September 1918 and the Prime Minister had just returned from the battlefields in Europe.
This was to be the first direct wireless message sent from the United Kingdom to Australia and the recipient was Mr Ernest Thomas Fisk who had an experimental wireless station in the attic of “Lucania“; his residence  in Wahroonga. (northern suburbs of Sydney)  Since that historic day, a monument has been erected, unveiled in December 1935, when the former Prime Minister, Mr ‘Billy’ Hughes, addressed the assembly and Marchese Marconi also spoke by wireless from Paris in France.
On Saturday 22nd September 2018, there will be centenary celebrations at the monument.  ‘The Ku-ring-gai Male Choir’ will sing the Welsh and Australian anthems and  the original Morse code message will be heard by all present and a Morsecodian will decipher the message which will then be read to the gathering, 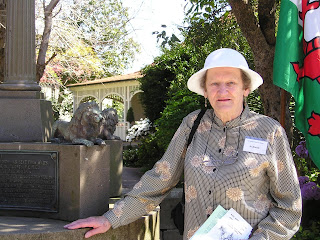 The Marconi-Fisk achievement is commemorated by a monument located outside the original receiving site in Wahroonga (Australia), which is still a private residence. Every five years the Hornsby Amateur Radio Club (HADARC) and the Ku-ring-gai Historical Society have commemorated the event by the exchange of wireless messages with the Dragon Amateur Radio Club in Wales (UK).
The Dragon Radio Club will also be operating an HF station from the Welsh site of the Marconi transmitter using the special event amateur call sign GB2VK, and it is proposed that Fiskville, located in Victoria (Australia) and named after Ernest Fisk (where early transmitters were located), will be activated from Werribee Gorge State Park (VKFF-0775).
https://www.wia.org.au/newsevents/news/2018/20180630-1/index.php

RESULTS  WOMEN'S  DAY  2018
CONGRATULATIONS TO ALL THE WINNERS & THANKS FOR YOUR PARTICIPATION!
14 Sep 2018    F4DHQ – Sophie wrote: I put the results of International womens day :
https://www.qrz.com/db/F4DHQ 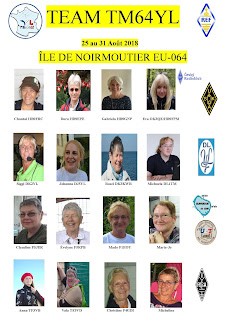 
10th Annual Celebration  Ada Lovelace Day, Tuesday 9 October., 2018
Augusta Ada King, (10 Dec. 1815 - 27 Nov. 1852) born Augusta  Ada Byron, the only legitimate child of the poet Lord Byron; the Countess of Lovelace now commonly known as Ada Lovelace.
An English mathematician and writer she was one of the world’s first computer programmers, and one of the first people to see computers as more than just a machine for doing sums. In 1842 she wrote what is now recognized as the first computer programmes. The programme was written to calculate Bernoulli Numbers for Charles Babbage’s Analytical Engine, a general-purpose computing machine - that was never built! Lovelace was way ahead of the time; she not only understood how Babbage’s machine could carry out complex computations, she also imagined that, given the right inputs it could make music or graphics.
Ada Lovelace's work went widely unrecognized until the 1950s, when her papers were republished, and their significance and her contributions to the fields of computer science and mathematics were finally acknowledged. In the 1980s, to honor the contributions of Lovelace, the Department of Defense (US) named its newly created computer language ‘‘Ada’’ after her.
In 2018 the US Senate  designated October 9,  as ‘‘National Ada Lovelace Day’’

Ada The Language: Alive And In Flight
In Tech by Paul Boutin - October 10, 2016,  Ada Lovelace Day -
Ada is still in use today. The language spec has been updated and modernized several times, most recently in 2012. It’s deemed a must in many defense-related systems where reliability and safety are critical, or where thousands of programmers may work on a single code base.
NASA’s CubeSat project launched a dozen satellites built at universities into orbit in 2013. Carl Brandon, a physics professor at Vermont Tech, says, “The Vermont CubeSat is the only university CubeSat that successfully completed its mission: eight were never heard from, one fried its batteries the first day (software error), one worked a little for less than a week, and one for four months.” Vermont Tech had used SPARK, a language based on the Ada spec, for their flight software. Their Lunar IceCube, scheduled for launch in 2019 to search for ice on the Moon, is likewise being programmed in SPARK.
Ada is not as widely used as languages such as C, C++ or Java, and it’s not a language intended for home hacking. Then again, Ada Lovelace’s own algorithm was never run, because Charles Babbage never built a Difference Engine on which to run it. Sometimes, a concept itself can be world-changing.    https://hackbrightacademy.com/blog/ada-language-links

Editorial Comment:
Since October 2013 Ham YL has supported Ada  Lovelace Day, which is about sharing stories of women in STEM (Scientists, Technologists Engineers, Mathematicians).
We have featured her in newsletters (#16 & #27) and introduced you to yl-maker Adafruit AC2SN
Limor Fried.  Hope that featuring prominent female thinkers will inspire you, especially as the US Senate is acknowleding Ada Lovelace in 2018. Please enjoy, Heather ZS5YH (Editor)

“Get Your Park On”
What is hoped will be the first annual “Get Your Park ON” operating event, will take place October 14 – 20, in celebration of Earth Science Week. The event is open to Amateur Radio operators around the world and is sponsored by the national affiliates of World Wide Flora and Fauna (WWFF), which encourages radio amateurs to operate outdoors in protected nature parks.
Amateurs can participate in one of two ways. They can opt to be Activators, setting up and operating in geological and nature centers such as national and state parks and forests, national monuments, and protected nature habitats. They may also decide to be Hunters, operating from home and searching out and making contact with the Activators.
The American Geosciences Institute in October 1998 organized Earth Science Week, a national and international event to help the public gain a better understanding and appreciation for the Earth sciences and to encourage stewardship of the Earth, a common goal shared by WWFF.
Both programs encourage participants to get outside and enjoy nature.
Earth Science Week 2018 theme of “Earth as Inspiration” promotes public understanding and stewardship of the planet.
"Get Your Park ON" begins at 00:00 UTC on Sunday 14 October and continues to 23:59 UTC on Saturday 20 October. Visit the "Get Your Park ON" Facebook page for more information.

CONTACT  US:    yl.beam newsletters :  Editor Eda    zs6ye.yl@gmail.com
Anette Jacobs ZR6D  jhjacobsza@gmail.com    SARL news contributer.
Follow us on  Facebook at  ‘HAM Yl’
Earlier newsletters can be found on the website of WEST RAND ARC
wrarc-anode.blogspot.com     &   https://wrarc-anode.blogspot.co.za/
and at:  Italian Radio Amateurs Union: QTC U.R.I.
If you do not no wish to receive our emails, please let us know and we will remove you from the mailing list.